The first weekend of 2022 I decided to play in the snow. I just spent the last two weeks traveling throughout the Arizona desert, befriending many Saguaro cactus and uncovering the secrets of the Devil's Highway.

I have been to Rocky Mountain National Park a few times, but only on the east side by Estes Park. I suppose it was with any luck that the only entrance into the park that was open was the west side, by Granby. The park has had tons of snow and they were only able to plow a few miles of the road. I packed the Jeep and left for an adventure. What I did not quite anticipate were the 3 hours of traffic I had to painfully navigate on top of my 2 hour normal drive. I-70 is a terrible highway due to accidents from bad weather conditions and not-so-great drivers, but it was my only choice.

Eventually I made it. The mountains that engulf the landscape are majestic, and I still don't fully understand how people set up homesteads and mines throughout. What tough conditions to trek through and live in during the winter. I tried walking on some of the paths but didn't make it very fall. I kept falling through the snow, a few feet deep. I gave up and succumbed to the notion that I need to invest in a pair of quality snowshoes. I'll add that to my next REI run.

After I made the most of my drive through the park, and I found a Jeep Compass who slid off the road and buried his front passenger side of the vehicle in the snowbank. Lucky for him, I had all the recovery gear needed to pull him out. A friendly ranger helped direct traffic and together we rescued that poor Jeep. The front of his vehicle looked damaged, but that's a problem for another day. My job was done and I continued my way back home.

As I exited the park, magic began setting in the sky. I pulled over, hopped on top of the Jeep with my camera and started to put together an image. I didn't have the best angle of the mountains, and there were quite a few trees in my frame. After a quick glance at Google Maps, I noticed that if I took the road down by the lake I could position myself for a better photos. That was a chance I was willing to take. I found myself crossing a bridge which gave a direct look at the beautiful mountains in the distance. Every minute the sky glowed with a darker pink and orange tin. I ran back and forth across that bridge composing my shot, and trying a few different focal lengths.

I ended up shooting the photograph above at 90mm. Reviewing the shot, I knew I nailed the exposure and composition. My job in the field was done. A few locals who were taking a walk around the neighborhood stopped on the bridge and gasped at the scenery. We shared the same sentiment. 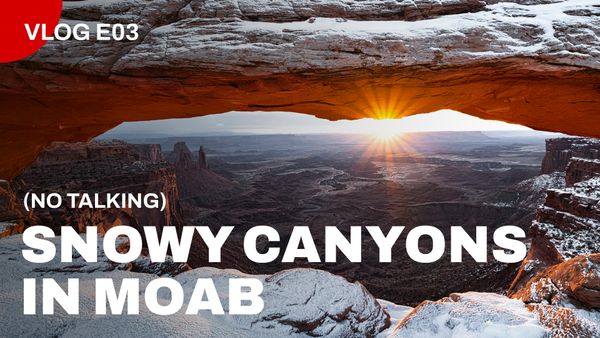 In this video I show you how peaceful a wintery hike to Mesa Arch in Canyonlands can be. I'll also show you a photograph I've been dreaming of capturing, because it finally happened. 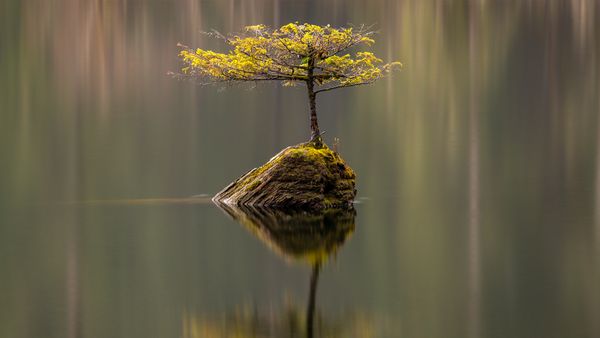 Learn how to locate and photograph the Fairy Lake Bonsai Tree on Vancouver Island like a professional photographer. 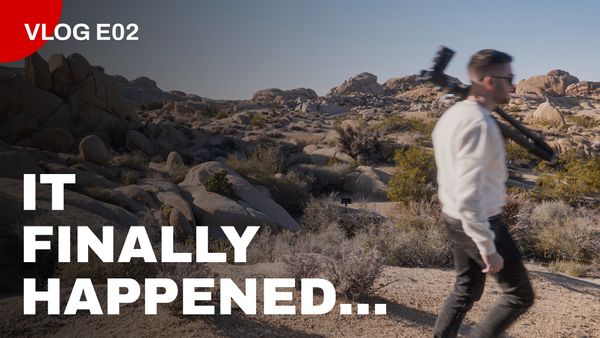 In this video I take you behind the scenes of what went on just to capture a rock that looks like a penguin.